Deprecated: Function create_function() is deprecated in /var/www/wp-content/plugins/bwp-recaptcha/bwp-recaptcha.php on line 40
 Reflecting on 2010 and Looking Forward to 2011 – Writer's Bloc Blog
Skip to content 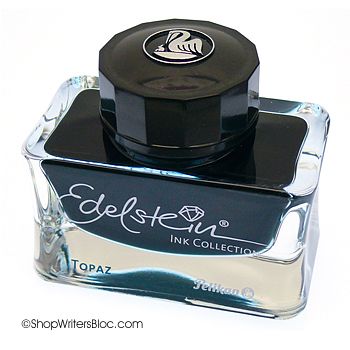 It’s amazing to think that another year has already gone by! The bad economy dominated the headlines in 2010, affecting both businesses and customers everywhere. We are hoping 2011 will bring improvements for everyone. We’re very grateful, as always, to have such a great group of loyal customers who love pens and paper as much as we do! Thank you everyone for reading and commenting on our blog!

It was a busy year here at Writer’s Bloc. Here are just a few of the highlights…

In 2010 the USA saw the release of the Dialog 3, LAMY’s first fully retractable fountain pen. There seems to be increased interest in fountain pens with italic nibs with Pelikan releasing the Souveran M800 Italic and Aurora adding more italic nibs to their fountain pen offerings. Fans of the color blue were happy to welcome the addition of the gorgeous new Pelikan Blue o’ Blue fountain pen. Some Pilot Prera fountain pens showed up on our doorstep from Japan.

In the world of ink, Pelikan released the Edelstein ink series in beautiful one-of-a-kind bottles with colors named after a variety of precious gemstones. In honor of the 340th anniversary of the J. Herbin ink brand, J. Herbin 1670 anniversary ink was created and will only be produced for a limited time. Noodler’s new offerings included #41 Brown, Polar Green and the Warden’s Ink series. Not new to the ink world, but new to our website are Omas fountain pen inks and J. Herbin calligraphy ink.

Last year was the first time we were able to place a special order with Exaclair to receive Clairefontaine and Rhodia products from France that are not usually available to customers in the USA. Some of these special order items included the Rhodia Bloc No. 120 with rainbow graph paper, Clairefontaine leather pencil cases, Carrie Chau notebooks and sketchbooks, A4 size Clairefontaine loose sheets in French rule, French rule pastels, lined, multicolor graph and white graph formats. If Exaclair continues to accept retailer requests we will continue to place special orders throughout 2011. If we get enough requests from our customers for specific items we might even add them to our store! Send us your email requests when the 2011 French Clairefontaine online catalog comes out.

J. Herbin and Pelikan both discontinued their rollerball pens that can be refilled with fountain pen ink. We are searching for new rollerball pens to take their place and hope to have some available to you sometime in 2011. We are still waiting to hear what the new 2011 limited edition color of the LAMY Safari will be. New lines of journals and notebooks will be coming to Writer’s Bloc in 2011.

We’re also planning on improving the way our fountain pen ink is organized and displayed so that we can pass along the most accurate color samples possible (on a computer monitor anyway).

Here are some of our favorite lists and blog posts reflecting back on 2010:

Office Supply Geek
The most popular office supply reviews of 2010 as well as the most frequently visited reviews during 2010. In addition, Brian gives us his 2010 Editor’s Choice Awards for the Best Office Supplies of the year.

Inkophile
Inkophile tells us about her favorite pens, ink and paper for 2010.

Inkyjournal
Inkyjournal shares his discoveries from 2010. Wishing him good health in 2011!

Lady Dandelion
Lady Dandelion lists her top 10 most visited posts from 2010 as well as giving us her favorite pen and paper related posts and some beautiful photos!

Biffybeans
Stephanie gives us a comprehensive list of her favorite pens, paper, inks and art supplies for 2010.

Did we miss any of your favorite 2010 top ten lists that we should know about? Any special Clairefontaine or Rhodia products you would like us to import from France? What products are you most excited about in the Exaclair 2011 catalog? Do you have any suggestions for improvements or new products at Writer’s Bloc? What are your plans for 2011? Please share!